STATUS: OPEN
Crime Stoppers Featured Case #19-02
The Portland Police Bureau's Robbery Detective Unit is asking for help from the public identifying suspects in a string of pedestrian thefts and robberies in Portland's Jade District. PPB has received at least 12 reports of thefts and robberies stretching back to early December that have a concerning pattern. All of the cases have targeted elderly Asian women carrying purses in the area surrounding Southeast 82nd Avenue and Southeast Division Street. At least two victims have sustained minor injuries during the commission of the robberies.

Robbery Detectives have partnered with PPB's Detective Coordination Team and East Precinct Neighborhood Response Team to investigate. They've done undercover missions in the Jade District, and will continue to do so, hoping to catch the suspects.

Attached are pictures and video of suspects seen using one of the victim's credit cards shortly after the cards were stolen. The suspects all are believed to be African American males between 16 and 20 years old, tall and thin. 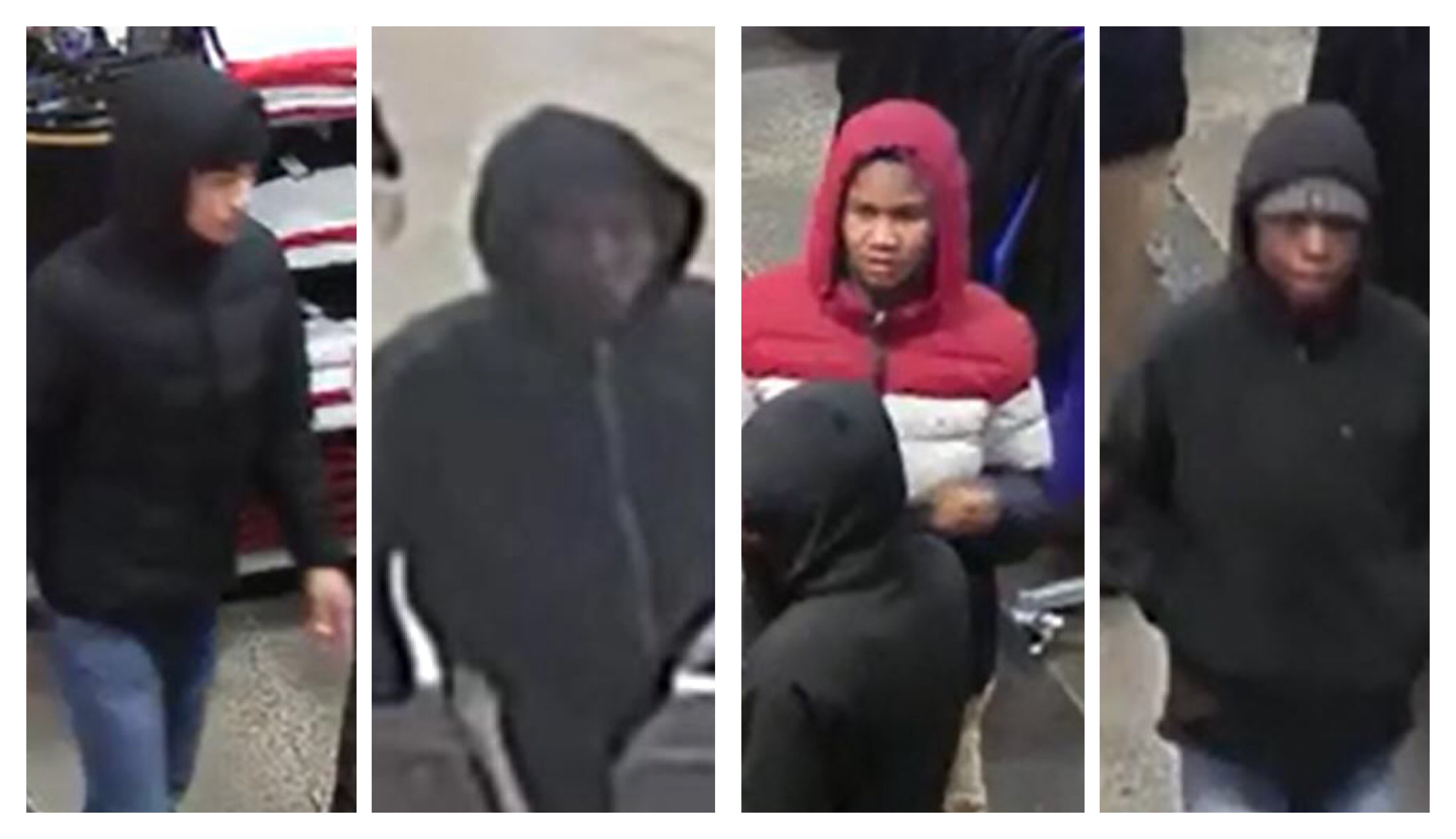 The Portland Police Bureau, in partnership with Crime Stoppers of Oregon, is asking for the public's help to solve the 2018 homicide of Armond Harper.

On Friday October 19, 2018, at 9:58 a.m., North Precinct officers responded to the report of a shooting at North Rosa Parks Way and North Albina Avenue.

Officers and medical personnel arrived and located 42-year-old Armond Ramoan Harper suffering from a gunshot wound. Passersby were providing medical aid to the victim prior to police and EMS arrival. Harper was transported by ambulance to a Portland hospital for treatment to life-threatening injuries. Medical personnel were unable to save Harper’s life and he died early the next day.

Witnesses described the suspect as a Black male in his 20s, medium build, wearing gray or black clothing, and that he ran out of the area, northbound on North Mississippi Avenue. 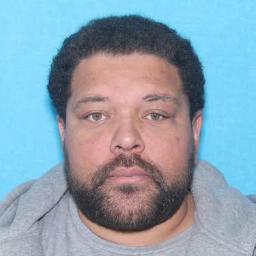 STATUS: OPEN
Crime Stoppers Featured Case #18-38
The Portland Police Bureau and Portland Fire & Rescue, in partnership with Crime Stoppers of Oregon, are asking for the public's help to identify the person or persons responsible for exploding a mortar in North Portland.
On October 14, 2018, between 2:00 -- 2:30 a.m., at the intersection of North Chicago Avenue and Smith Street, an unknown person shot a mortar firework out the driver's side window of a vehicle.
A driver stopped behind the suspect vehicle honked the car horn before the explosion and the suspect vehicle turned eastbound on North Smith Street and was driven out of the area.
Igniting fireworks and mortars in this manner poses a significant risk to life and property. 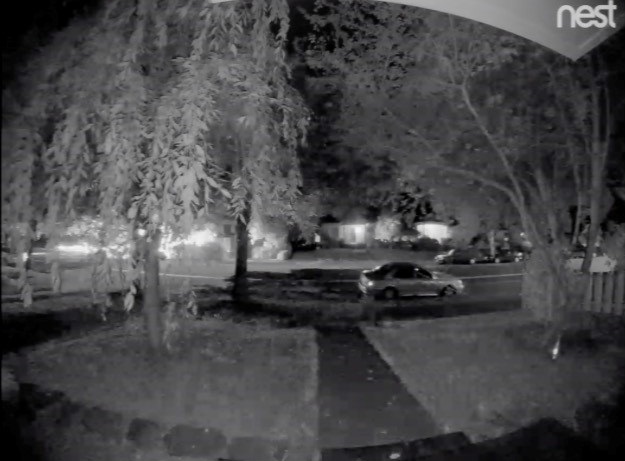 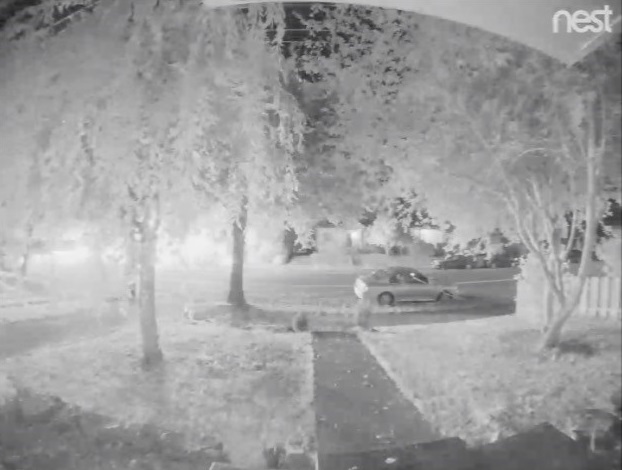 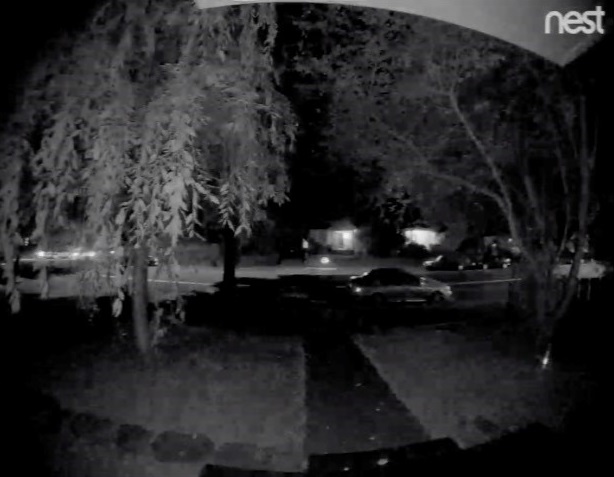 STATUS: OPEN
Crime Stoppers Featured Case #18-41
The Gresham Police Department, in partnership with Crime Stoppers of Oregon, is asking for the public's help to identify the suspects involved in an armed robbery.
In the early morning hours of October 12, 2018, Gresham Police Department officers responded to a report of an armed robbery at the BottleDrop Redemption Center, 1313 East Powell Blvd. An employee was robbed by three unidentified male suspects, one of whom was armed with a handgun, who then fled the area with an undisclosed amount of money. They are described as follows:
1 -- White or Hispanic male, 30-45 years old, 6-feet-2-inches tall, 260-300 pounds
2 -- White or Hispanic male, 18-22 years old, 5-feet-6-inches tall, 150 pounds
3 -- Hispanic male, 18-22 years old, 5-feet-4-inches tall, 130 pounds

One of the suspects was wearing a jacket which stated Northwest Airlines on the back.
Gresham Police are interested in hearing from anyone who noticed an associate with changed spending habits or had an unexplained amount of cash. 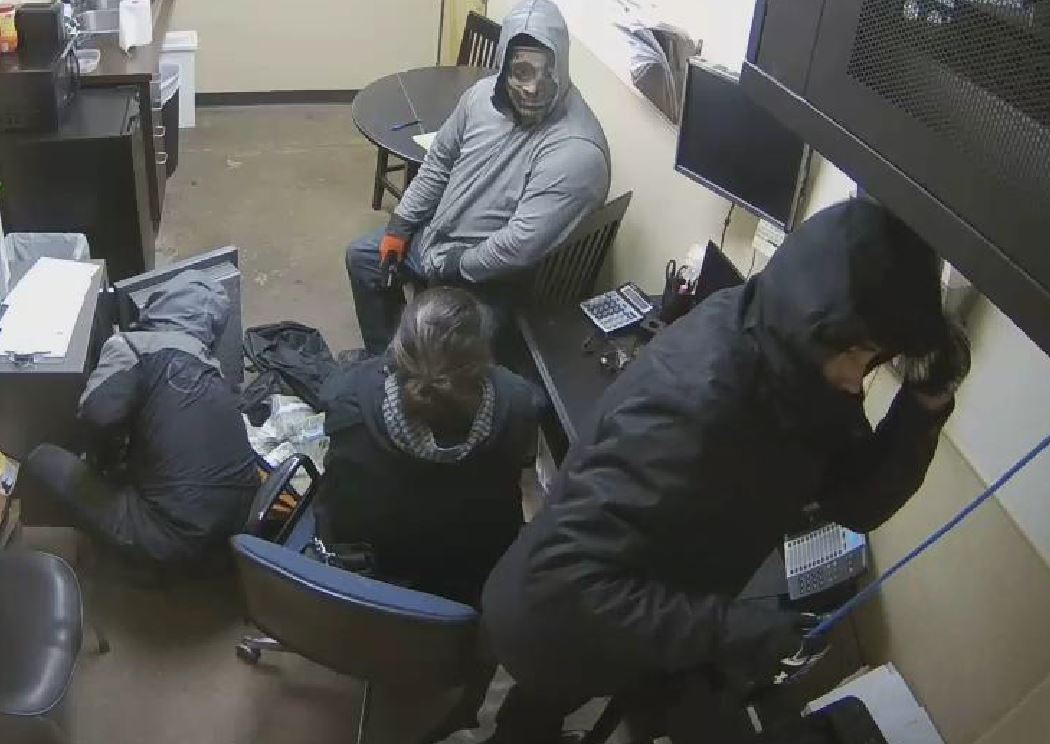 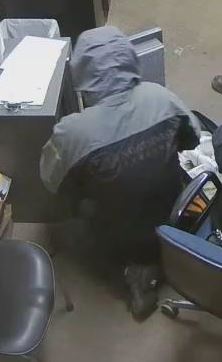 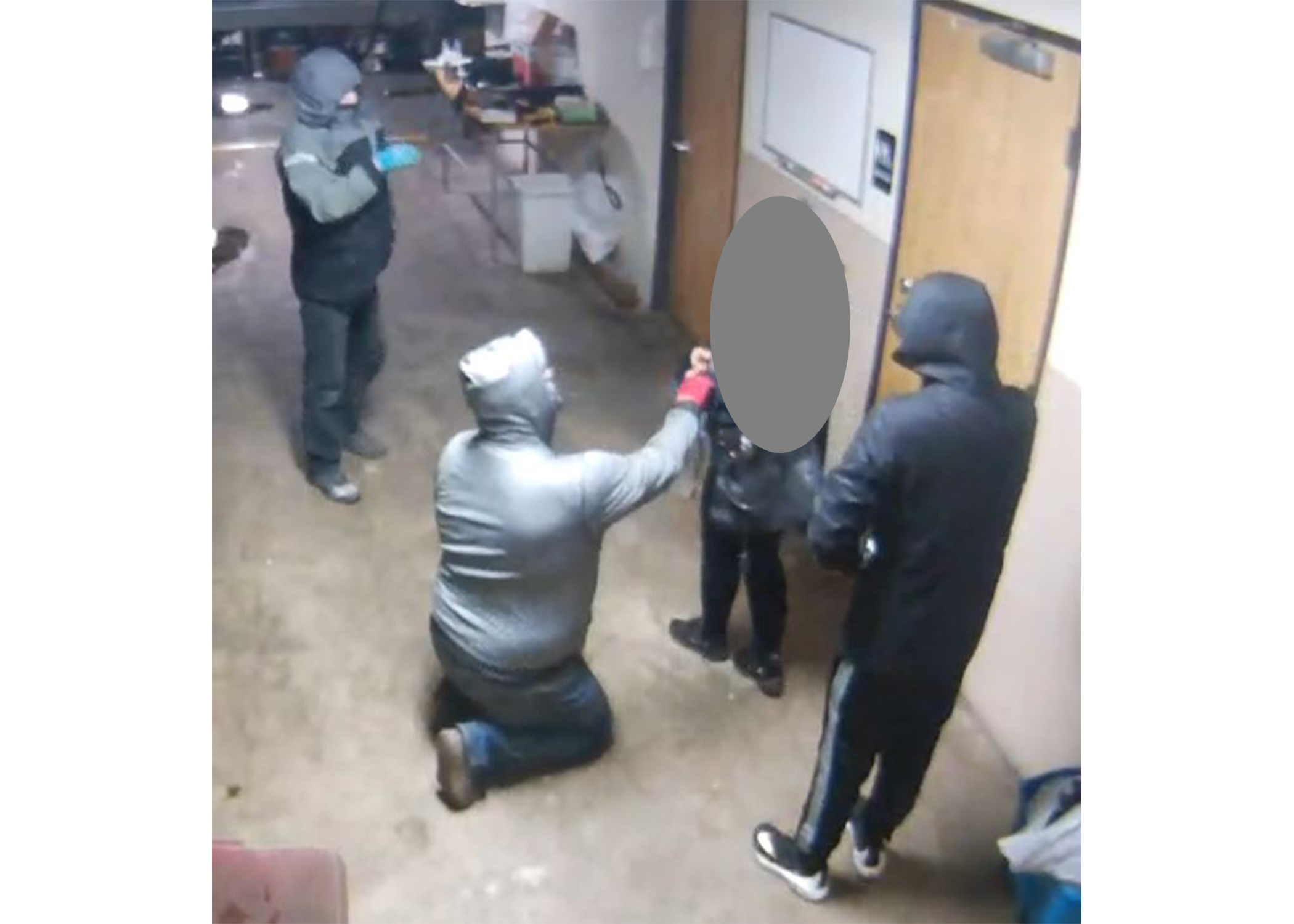 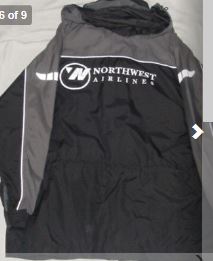 STATUS: OPEN
Crime Stoppers Featured Case #18-43
The Portland Police Bureau, in partnership with Crime Stoppers of Oregon, is asking for the public's help to identify and arrest a suspect involved in a fatal hit and run.
On Wednesday, October 10, 2018, at 10:17 p.m., East Precinct officers responded to the intersection of Southeast 138th Avenue and Southeast Division Street on the report that a pedestrian had been struck by a vehicle.
When officers and emergency medical personnel arrived at the crash scene they located 54-year-old Loan T. Diep deceased on the roadway. Members of the Portland Police Bureau Traffic Division's Major Crash Team responded to the scene and assumed the investigation.
Based on the initial investigation, officers believe Diep was walking south across Southeast Division Street when she was struck by a vehicle being driven west on Southeast Division Street. Shortly afterwards Diep was struck by a second vehicle that was also traveling westbound on Southeast Division Street. The driver of the first vehicle that struck the victim drove away from the scene. The driver of the second vehicle remained at the scene.
The only suspect description is that the vehicle is a newer sedan (the first vehicle that pulls over in the video). 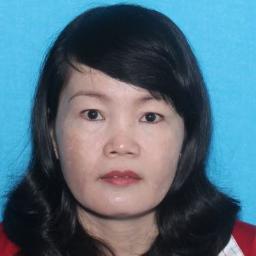 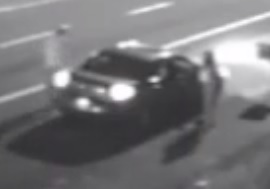 STATUS: OPEN
Crime Stoppers Featured Case #18-34
The Portland Police Bureau, in partnership with Crime Stoppers of Oregon, is asking for the public's help to solve a Southeast Portland homicide.
On Sunday, October 7, 2018, at 11:47 p.m., East Precinct officers responded to the 4000 block of Southeast 94th Avenue after multiple people called 9-1-1 to report gunfire.
When officers arrived in the area, they located 21-year-old Izryl T. Johnson in the street suffering from gunshot wounds. Officers provided Johnson emergency medical aid until paramedics arrived at the scene. Ultimately, paramedics were unable to save Johnson and he died at the scene. The Oregon State Medical Examiner determined Johnson died as a result of homicidal violence.
There is no suspect information in this case. 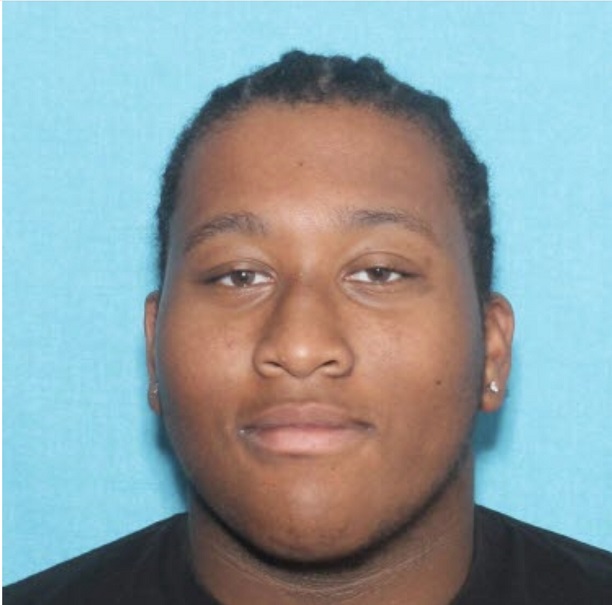 STATUS: OPEN
Crime Stoppers Featured Case #18-35
The Gresham Police Department, in partnership with Crime Stoppers of Oregon, is asking for the public's help to solve a shooting investigation.
On September 9, 2018, at approximately 2:00 p.m., Gresham Police officers responded to the report of a shooting at the Berry Ridge Apartments, located at 2711 West Powell Boulevard. Officers arrived and found the victim, 27-year-old James Spisla, suffering a gunshot wound to the abdomen.
An investigation revealed that Spisla had been in an altercation in the parking lot moments prior but returned to his apartment. While standing on the patio, an unknown suspect approached and shot Spisla. The suspect then fled in a white Nissan Titan 4-door with dark tinted windows, black wheels, and an unknown Washington license plate.
The suspect is described as a Black or Pacific Islander adult male with a medium complexion. He is 5-feet-8-inches to 6-feet tall, 200-225 pounds and has broad shoulders. 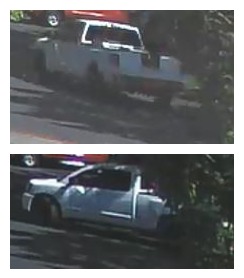 STATUS: OPEN
Crime Stoppers Featured Case #18-39
The Portland Police Bureau, in partnership with Crime Stoppers of Oregon, is asking for the public's help to identify the person involved in an assault in September 2018.
On September 1, 2018, between the hours of 2:15 and 2:40 a.m., an unknown male assaulted a 41-year-old man in the area of Northeast Davis Street and Sandy Boulevard, leaving the victim with serious injuries.
The suspect is described as a white male named "Jeremy," late-20s, 5'10" tall, 180 pounds, with light brown, shorter hair. "Jeremy" claimed to be a "two-tour combat veteran" and works as a Quality Assurance Manager at a local manufacturing facility.
The suspect, previously unknown to the victim, joined the victim and a friend earlier in the evening at a Southeast Portland bar. After leaving a second bar, the victim was approached by the suspect on the street, where the assault occurred.
A forensic sketch of the suspect is being released to aid in this investigation. 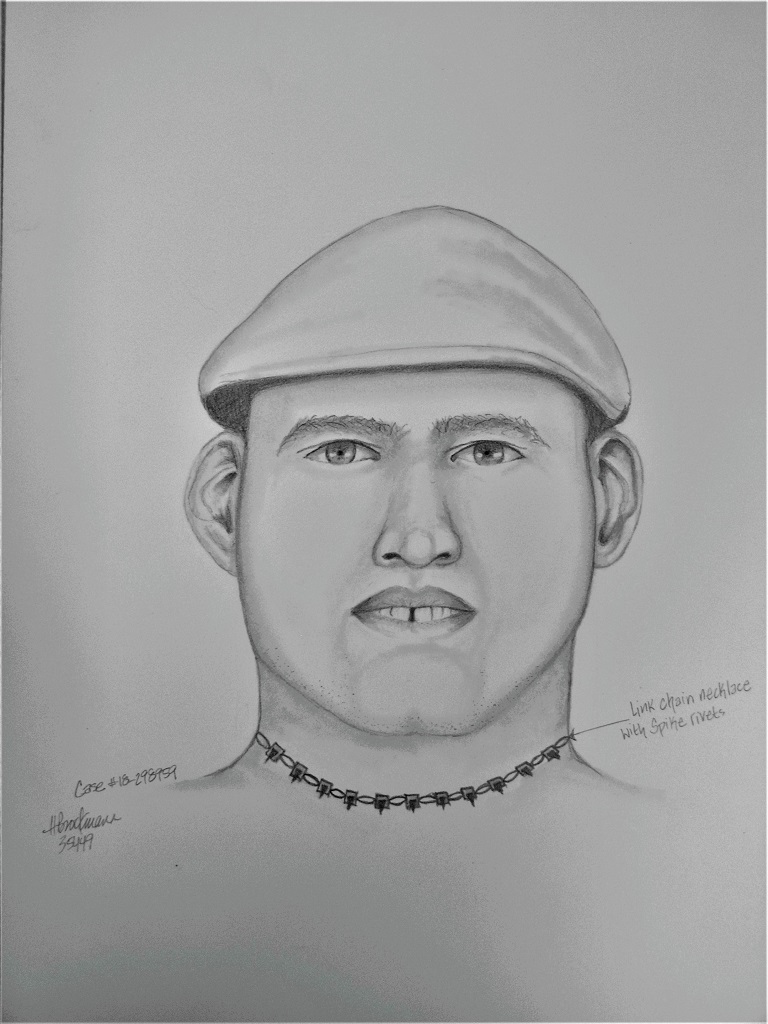 STATUS: OPEN
Crime Stoppers Featured Case #18-31
The Portland Police Bureau, in partnership with Crime Stoppers of Oregon, is asking for the public's help to solve a hit and run crash that killed a Northeast Portland man.
On August 25, 2018, at approximately 10:33 p.m., 58-year-old Njugana Githere (pronounced Nuh-goonah GET-Therey) of Northeast Portland was walking across Northeast Sandy Boulevard near 20th Avenue when he was struck by a driver in a silver SUV driving eastbound on Sandy Boulevard. The driver sped away from the scene and has not been identified.
The victim suffered traumatic injuries and survived for a few days but ultimately succumbed to his injuries.
The suspect vehicle is described as a 2005 to 2008 Honda Pilot, silver in color, with possible damage to the passenger-side exterior mirror, and passenger-side headlamp and turn signal assembly.
Surveillance cameras in the area captured an image of the suspect vehicle, which is being released publicly to aid in this investigation. 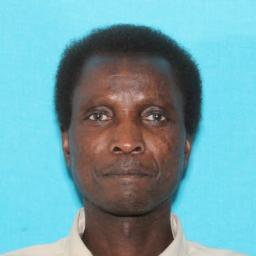 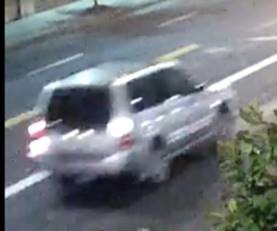 STATUS: OPEN
Crime Stoppers Featured Case #18-33
The Gresham Police Department, in partnership with Crime Stoppers of Oregon, is asking for the public's help to solve an armed robbery.
On August 18, 2018, around 7:05 a.m., a man armed with a handgun entered Rounders Bar at 1509 Northeast 181 Avenue and demanded money. The suspect fled the area with an undisclosed amount of cash.
The man is described as 6-feet-2 inches to 6-feet-5-inches tall, 250-280 pounds, wearing a black hoodie and a mask. 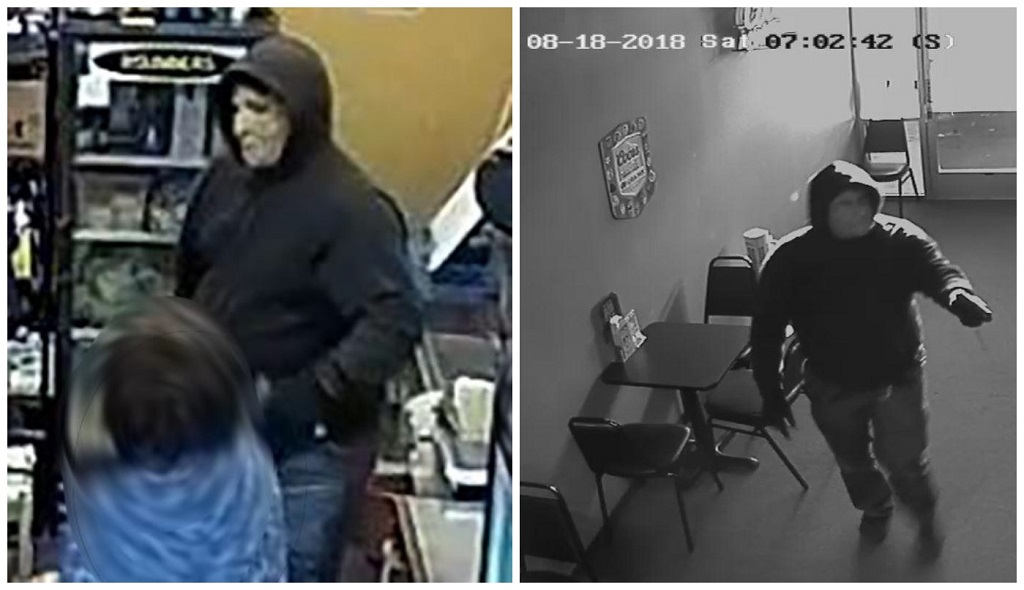